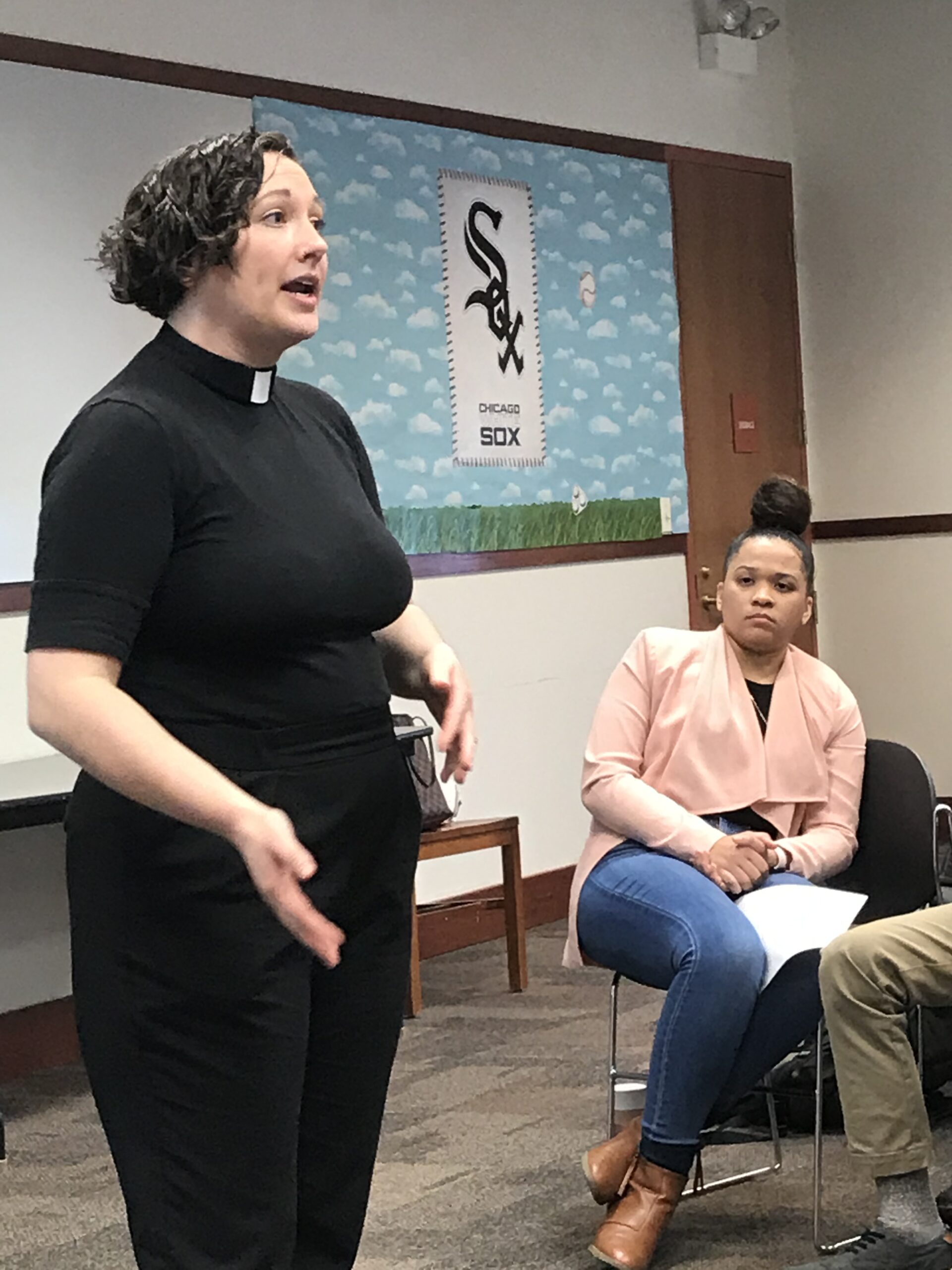 Getting Justice and the Chicago Police Consent Decree

Home » Posts » Getting Justice and the Chicago Police Consent Decree

An update on Network 49’s involvement in Chicago Police reform

We are thankful to the many Rogers Park neighbors who joined us for Getting Justice and the Chicago Police Consent Decree, our January 25 community forum on at the Rogers Park library. Big thanks to forum co-sponsors: Alderwoman Maria Hadden, A Just Harvest, ONE Northside, and the United Church of Rogers Park.

The three-hour session featured a presentation by attorneys with the Community Justice and Civil Rights Clinic of Northwestern University Law School. The CJCRC helped win a substantive role for Network 49 and a dozen other civic organizations in Chicago Police oversight.

They shared important information about the federal court’s consent decree mandate to end the police department’s racially discriminatory practices and improve police professionalism. CPD is not in compliance with many items the court mandated and slow in responding on others.

“Firstly, there are human rights, civil rights, morality, justices, and human values reasons for why we care. The U.S. Department of Justice documented a longstanding and systemic pattern of racist practices by the police department – as an institution – and by individual officers. This was not news to many of us, especially to Chicago’s Black and Brown residents.

“There are human rights, civil rights, morality, justices, and human values reasons for why we care.”

Overall, the reasons for our attention to and demand for police reform and citizen oversight include noting the injustices of people shot and killed by police, the long list of documented torture and brutality by police (organized by groups of officers and by individual officers) the false criminal charges and imprisonment of innocent residents, and the harm and damage to all individuals and families involved.

Secondly, there are good government and financial reasons for us to pay attention to this issue. The federal government documented a long list of egregious failures and weaknesses in police officer recruitment, training of new recruits and veteran officers, supervision, and enforcement of personnel policies.

The taxes of every Chicago resident pay for the annual, multi-million-dollar cost of operating a police department. We need to remember that we are ultimately the employers and Chicago police officers – while they are our neighbors – are also our employees. Attention to maintaining an efficient government is a serious issue. We must consider that our taxes also pay to employ lawyers to manage citizen abuse lawsuits against the police department AND the millions of dollars in settlements that our city pays to victims of police violence.”

We invite Network 49 members to join our Safe Communities Committee and participate in our activities to help enforce the consent decree. These include monthly or bimonthly meetings with the federal court appointed consent decree monitor, the Illinois Attorney General, city council hearings, the City of Chicago legal and police department officials, the Chicago Police Department’s public feedback sessions.

Network 49 is a progressive, community-led, political organization committed to organizing and advocating for policies and elected leadership that advance a high quality of community life, benefiting all residents in the 49th Ward of the City of Chicago.